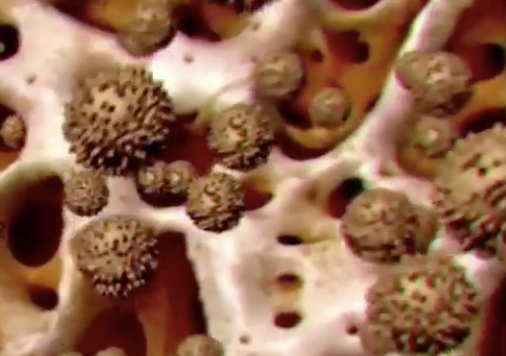 In most cases, prostate cancer symptoms are not apparent in the early stages. Symptoms of prostate cancer may be different for each person, and any one of these symptoms may be caused by other conditions. As a result, routine screenings are recommended in the form of digital rectal exams and prostate-specific androgen (PSA) tests.

Due to the proximity of the prostate gland to the bladder and urethra, prostate cancer is typically accompanied by a variety of urinary symptoms, especially in the early stages. Depending on the size and location, a tumor may press on and constrict one’s urethra, inhibiting the flow of urine. Some early prostate cancer signs include:

Symptoms of prostate cancer often differ from patient to patient. The most common first sign of recurrent prostate cancer is a rise in the PSA level in the blood, making regular PSA tests all the more important in measuring the progress of treatment and checking for signs of recurrence. It is important to report new signs or symptoms to your doctor.

A prostate-specific antigen (PSA) test measures the level of the PSA in the blood. The prostate gland produces PSA. PSA is a protein that at elevated levels can be a sign of prostate cancer. A high PSA reading may also indicate noncancerous conditions such as inflammation of the prostate (prostatitis) and enlargement of the prostate (benign prostatic hyperplasia). Both of these issues we at Z Urology are experienced to deal with.

In the past, a PSA reading of 4 ng/mL and below was considered normal. Men with a reading above 4 ng/mL were considered likely to have prostate cancer and would have a biopsy to confirm the cancer’s presence.

Understanding when symptoms are a sign of something serious and either diagnosing the disease or confirming a previous diagnosis require expertise from specialists trained and experienced in treating prostate cancer.

We are Z Urology. We provide state-of-the-art urologic care in the South Florida area with a focus on both male and female urology. Our practice specializes in all urologic procedures, specifically, minimally invasive methods. Our three locations to choose from are located in Fort Lauderdale, Coral Springs and Pompano Beach.

The study, published in the JAMA Neurology was based on a survey of more than 3,400 NFL players. Researchers with the Harvard T.H. Chan School of Public Health and Harvard Medical School noted that this represents the largest study cohort of former professional football players to date.

For the survey, the participants were asked to report on how often blows to their head or neck caused them to feel dizzy, nauseated or disoriented. They were also asked if any jolts led to experiencing headaches, loss of consciousness or vision disturbances. All of these are indicators of a concussion. The responders were grouped into four categories by the number of concussive symptoms, researchers explained.

Next, the former players were asked whether a clinician had recommended medication for either low testosterone or ED, and whether they were currently taking such medications.

“Former players with ED may be relieved to know that concussions sustained during their NFL careers may be contributing to a condition that is both common and treatable.” said, Rachel Grashow, a researcher at the Harvard T.H. Chan School of Public Health and the study’s lead author.

Though the findings are observational and do not prove a definitive link between head trauma and ED, the results reveal an intriguing and powerful link between the history of the player’s concussions with hormonal and sexual dysfunctions, regardless of the player’s age.

Injury to the pituitary gland, the small organ at the base of the brain that’s responsible for hormone production could affect testosterone levels and ED, researchers explained as a possible explanation.

We are Z Urology. We provide state-of-the-art urologic care in the South Florida area with a focus on both male and female urology. Our practice specializes in all urologic procedures, specifically, minimally invasive methods. Our three locations to choose from are located in Fort Lauderdale, Coral Springs and Pompano Beach.