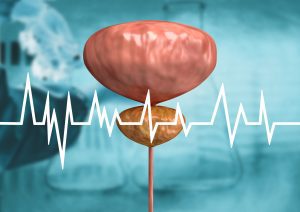 A prostatectomy is a surgical procedure for the partial or complete removal of the prostate. These types of procedures are required in the cases of Prostate Cancer and Benign Prostatic Hyperplasia (BPH).

Your prostate is a small walnut-shaped gland that’s part of the male reproductive system. It surrounds the urethra, which is the tube through which semen (ejaculate) and urine (pee) flow out of your body. It contributes extra fluid to your ejaculation. Fluid (semen) from your prostate enters the urethra during ejaculation, and muscles surrounding the urethra squeeze (contract) to push semen out of the urethra when you orgasm.

Prostatectomies are a very common surgery for prostate cancer that hasn’t spread outside your prostate. Healthcare providers perform about 90,000 prostatectomies each year in the United States.

Prostate cancer is the second most common cancer that affects men and people AMAB, behind skin cancer. It affects about 1 in 8 men, at an average age of 66.

What are the Risks or Complications of a Prostatectomy?

All surgical procedures have risks. Some risks of a prostatectomy include:

How Does Life Change After Prostate Removal?

Many people have excellent control of their urine stream once a provider removes their catheter, but some may leak varying amounts for several weeks. Most have good urinary control around six to 12 weeks after the procedure.

Many can resume having sex once they’ve healed after a prostatectomy, which may take four to six weeks.

Can You Have an Erection After a Prostatectomy?

Erection issues aren’t as common after a simple prostatectomy for BPH, but almost all people have erectile dysfunction after a radical prostatectomy for prostate cancer. Erectile dysfunction occurs because the procedure bruises or otherwise damages the nerves that allow for erections, which are very close to the prostate gland. Sometimes your healthcare provider removes part or all of a nerve to treat prostate cancer.

Most people won’t experience erections for several months after a prostatectomy, even if your provider can preserve all of your nerves. Erection function should gradually improve around six months after surgery. However, it may take two full years after surgery to recover the same erection hardness and sexual function.

Even if you can’t get an erection after surgery, you can still experience an orgasm and have a normal sensation. However, little or no ejaculation may be present. It’s important to begin sexual activity after you regain control of your urine stream to maintain blood flow to your penis. Maintaining blood flow helps prevent fibrosis. Fibrosis is the development of thick scar tissue after an injury. It can make it more challenging to achieve harder erections.

Therapies that help restore erections include:

Call your doctor about prostate cancer if you experience