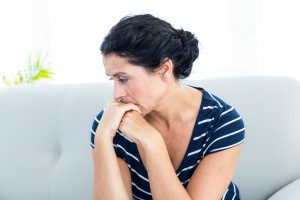 Urinary incontinence, or the loss of bladder control, is a common and often embarrassing problem that occurs in both men and women. About 20 million American women and 6 million men have urinary incontinence or have experienced it at some time in their lives. The actual number, however, may be higher because due to people’s reluctance to discuss incontinence with their doctors.

The severity of urinary incontinence can range from an occasional leakage of urine during a cough or sneeze to having an urge to urinate that’s so sudden and strong that an individual does not have time to make it to a toilet in time.

Factors that increase the risk of developing urinary incontinence include:

It is important to remember that urinary incontinence isn’t a disease, but a symptom. It can be caused by everyday habits, underlying medical conditions or physical problems. A thorough evaluation by a doctor can help determine what’s behind the incontinence.

Causes of temporary urinary incontinence (which can often be relieved by a change in habits) include:

Causes of persistent urinary incontinence include:

A variable amount of urine escapes suddenly with an increase in intra-abdominal pressure, such as when an individual sneezes, laughs or stands up from a seated position.

Includes the symptoms of stress and urge incontinence together.

The same symptoms as those of urge incontinence, but they occur in people with neurological disorders.

Relative normal bladder function and control with other conditions (musculoskeletal, neurological or thinking/communication problems) hindering them from reaching the toilet in time.

Common diagnostic tests and processes can include:

If necessary, additional testing may include: