Join us as Michael Zahalsky, MD, urologist and medical director of Urological Oncology, discusses prostate cancer and the modern technology that doctors are able to use to detect and treat the cancer. 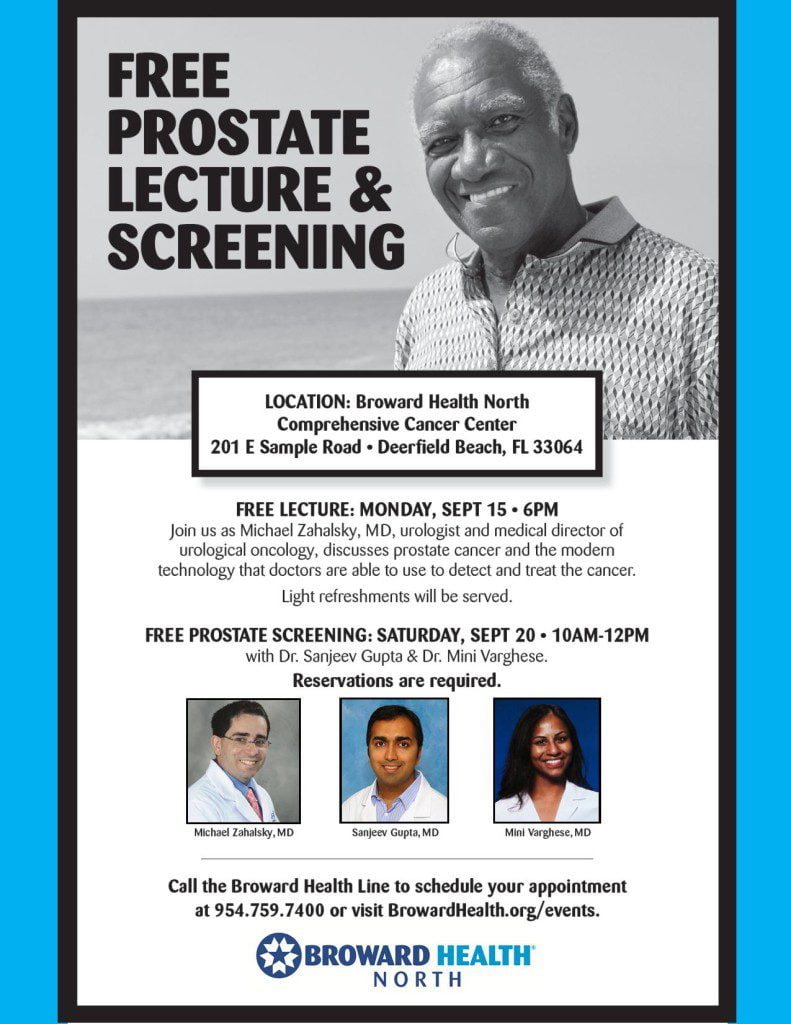 DR. MICHAEL ZAHALSKY TO PRESENT RESULTS OF GROUNDBREAKING RESEARCH ON THE USE OF STEM CELLS TO TREAT ERECTILE DYSFUNCTION

Coral Springs, FL – May 5, 2014 — Dr. Michael Zahalsky, a prominent South Florida Urologist, has been chosen to give a podium presentation at the upcoming 2014 Annual Meeting of the American Urological Association, May 16-21 in Orlando to discuss the results of his research on the use of stem cells to treat erectile dysfunction.

Over a six-month period, Dr. Zahalsky studied the impact stem cells had on a sample of men suffering from erectile dysfunction who did not respond to PDE5 inhibitors, such as the drug Viagra.  After a direct injection of amniotic stem cells into the penis, all eight men in the study had increased blood flow to the penis after one, three, and six months had passed. Additionally, five of the patients were now able to attain erections on their own or by taking oral medication.

“These results show a sustainable improvement in blood flow into the penis which means the patient’s body is likely healing its own penis to allow him to have erections,” says Zahalsky.

One-third of the 300,000 men diagnosed with erectile dysfunction annually in the United States do not respond to conventional drug treatment.  Approximately, 6 million men in America have failed oral and injectable drug therapy.  To date, there has not been an attractive alternative to treat erectile dysfunction. Dr. Zahalsky’s study on the utilization of stem cells in Urology is the first study of its kind in humans to share findings with the medical community.

“This is likely the most significant breakthrough in the treatment for erectile dysfunction since the invention of PDE5 inhibitors,” asserts Zahalsky.

Dr. Michael Zahalsky is a board-certified Urologist and fellowship-trained in Male and Female Sexual Dysfunction and Male Infertility.  Dr. Zahalsky has been published numerous times in peer review journals, including the Journal of Urology and Fertility and Sterility.