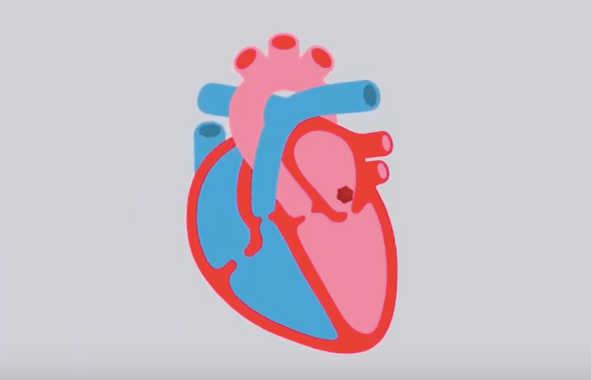 Erectile Dysfunction Might Increase the Odds of Irregular Heartbeat

As if just having the erectile dysfunction wasn’t bad enough, now the news has come out that men with “ED” are more likely to be diagnosed with an irregular heartbeat, according to a new study.

Atrial fibrillation, or “AFib”, is an irregular or quivering heartbeat that can lead to blood clots, stroke and heart failure. The condition affects up to 6.1 million people in the United States. Past research has shown a link between cardiovascular disease and erectile dysfunction, or ED. Researchers behind the new study wanted to find out how “AFib” fits into the picture.

It is well known that ED symptoms appear two to three years before one sees any cardiovascular disease symptoms, so if ED symptoms can be used as a marker for predicting future “AFib”, it may be possible to treat the patient early and hopefully stop the disease progression.

What Did the Study Show

The study included 1,760 older men without a history of “AFib”. After four years, 9.6% of men who reported having erectile dysfunction were diagnosed with “AFib” compared with 2.9% of men without the condition. Even after adjusting for various risk factors, including smoking, weight, diabetes and blood pressure, shockingly, men with erectile dysfunction were 66% more likely to be diagnosed with “AFib”.

The study shows a reasonably strong association. If patients have ED, physicians should investigate other cardiovascular risk factors and initiate treatment as soon as possible.

Among the study’s drawbacks, patients self-reported their erectile dysfunction and researchers don’t know if the condition was caused by vascular problems or psychological issues. The other limitation in the study is that atrial fibrillation is very difficult to detect.

“Loads and loads of my male patients have ED, and when I read the (study) I said, ‘Wow, this connection makes sense,'” said Dr. Hugh Calkins, director of the Cardiac Arrhythmia Service at Johns Hopkins Hospital in Baltimore. He is a co-author of the recent “AFib” guidelines update issued by the AHA, American College of Cardiology and Heart Rhythm Society.

“It’s a very original study that will undoubtedly trigger a new round of research on the topic and bring up a greater discussion of the overlap of vascular health, ED and “AFib,” said Calkins, who was not involved in the study.

Calkins said more research is needed on the connection between erectile dysfunction and asymptomatic “AFib”, where patients have no symptoms. Sometimes called “silent AFib,” the condition may be more common than previously thought.

If you think you might be suffering from erectile dysfunction, then you probably need a quality urologist. Pick up the phone and call Z Urology, with offices in South Florida. Call today!